Nightly, Ferromex is making the short run from their Mexicali Yard to the border at Calexico to interchange with the Union Pacific. Because of trackage that runs down the median of Avenida Mateos Lopez through downtown Mexicali, the interchange occurs at night. The northbound run usually departs the yard shortly after midnight. The southbound interchange usually departs the border shortly around 5:00 AM. Normal power is a one unit from UP and Ferromex. 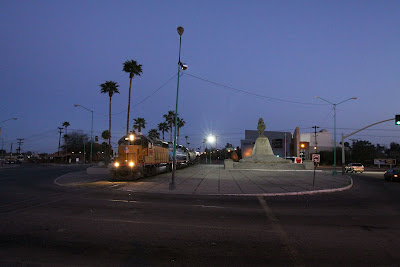 Passing through one of the glorietas in the median of Highway 5, the southbound interchange is approaching the Mexicali yard. 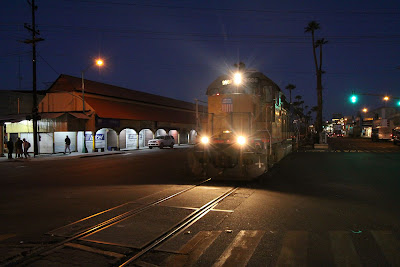 At 4:30 AM, the southbound UP interchange departs the border beginning the run through downtown Mexicali. 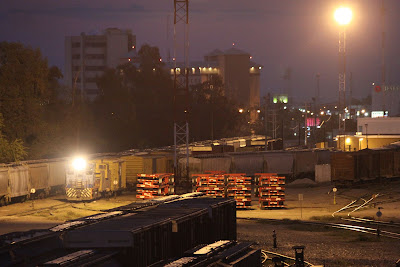 As night falls in Mexicali, a yard job builds Ferromex's interchange for the UP. 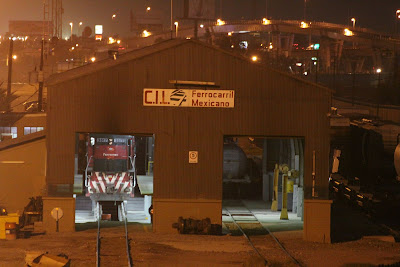 A C30-7 sits inside the unusually empty locomotive facility. 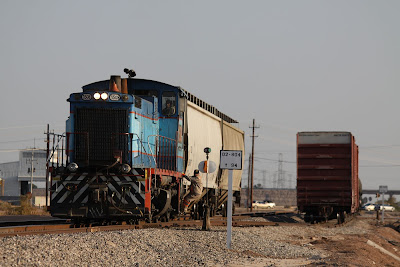 Near Ejido Puebla, a yard job switches the grain elevators along the former FC Sonora Baja California mainline to the south of Mexicali. 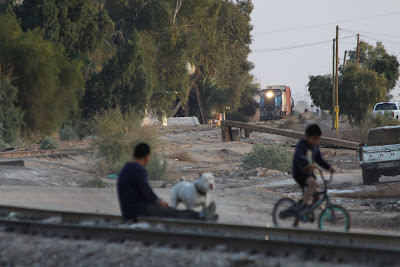 The same yard job slowly runs north back north, approaching the junction with the former FC Intercalifornia. While virtually all of the FC IC trackage has been removed, there are a few customers still located along the old line to Algodones and Yuma. 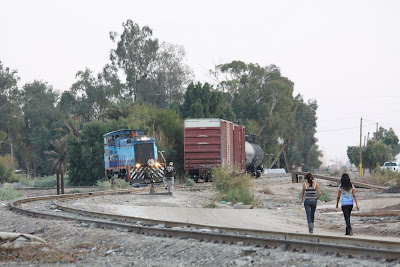 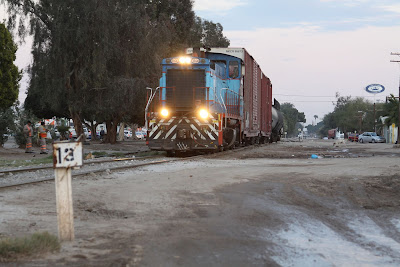 At kilometer post 13, a crew pauses long enough to get some food from a taqueria across the parallel highway. 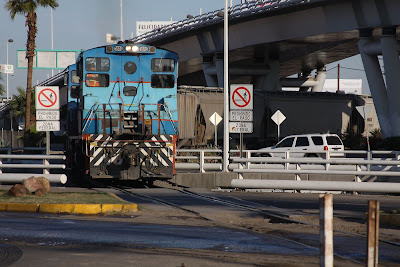 In the morning, a yard job generally leaves Mexicali to switch the industries along the mainline to the south. Above, the train is seen curving across highway 2 as it leaves the yard. 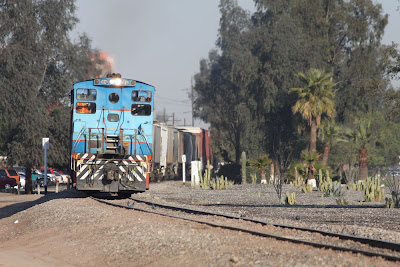 The SW1500's haul a long cut of cars through the industrial area of Mexicali. 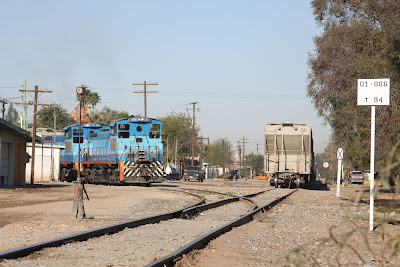 Cemex operates a cement facility amid a dense residential neighborhood on the south side of Mexicali. It seems that Ferromex switches the facility daily. 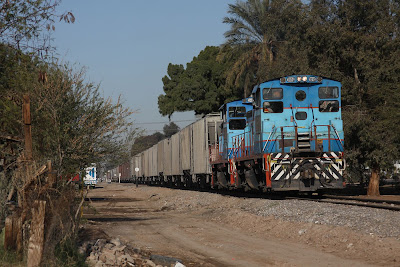 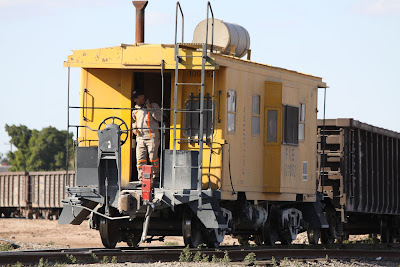 The manifest train that runs between Benjamin Hill, Sonora and Mexicali still normally uses a manned caboose. Here, the rear end crew leaves the caboose shortly after arriving at the yard. 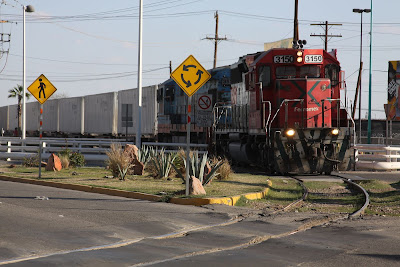 Ferromex also runs a high priority intermodal train from Pantaco Yard in Mexico City to Mexico City. Known as the PAMI, the train carries containers and trailers to the small intermodal facility where they are unloaded and primarily forwarded to the Tijuana area via Highway 2. Here, the PAMI is seen crossing Highway 2 as it arrives at the Mexicali yard. 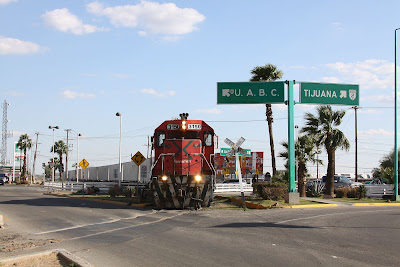 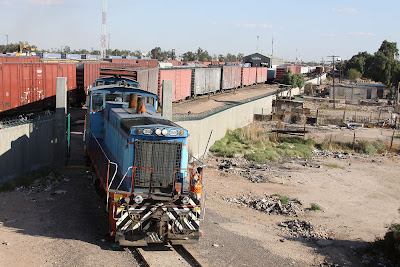 With a couple of SW1500's, a yard job pulls that day's PAMI cars through the balloon track in order to spot them in the south end of the intermodal ramps. Notice the doublestacks and cranes visible in the background. 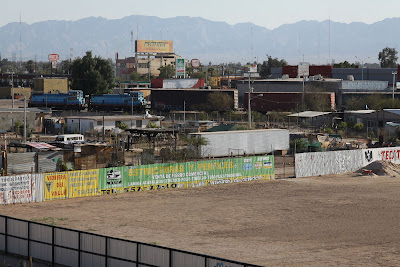 Looking across the balloon track, the Laguna Mountains are visible to the west of downtown Mexicali. 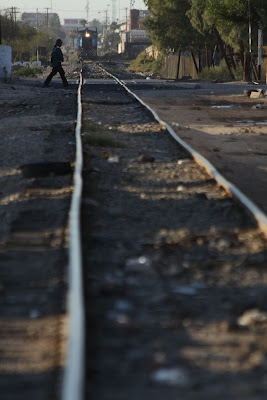 In the evening, a yard job runs south through Mexicali.
3 comments: